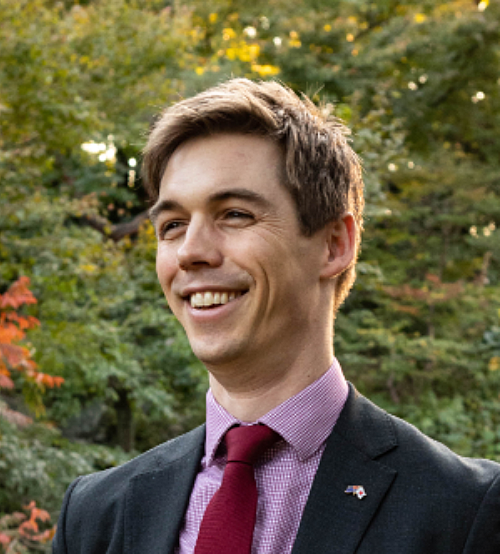 D’Arcy was a founding member of the AJYD Committee in 2016 and at different times has occupied recruitment, logistics and alumni engagement positions for the 2017, 2019 and 2021 dialogues.

D’Arcy works at the City of Melbourne where he has been involved in supporting the thriving civic, business and cultural sister city engagement between Melbourne and Osaka. This support includes being the project lead for the inbound and outbound civic and trade delegations to commemorate the 40th anniversary of the sister city relationship. D’Arcy has since worked in advisory and management roles in the CEO’s Office and Community Development branch.

Prior to working at the City of Melbourne, D’Arcy worked at the Consulate-General of Japan with a focus on promoting better cultural and language education outcomes in schools in Victoria, South Australia and Tasmania.

D’Arcy is also a longstanding committee member of the AJ Society of Victoria (AJSV) and the National Federation of AJ Societies (NFAJS).