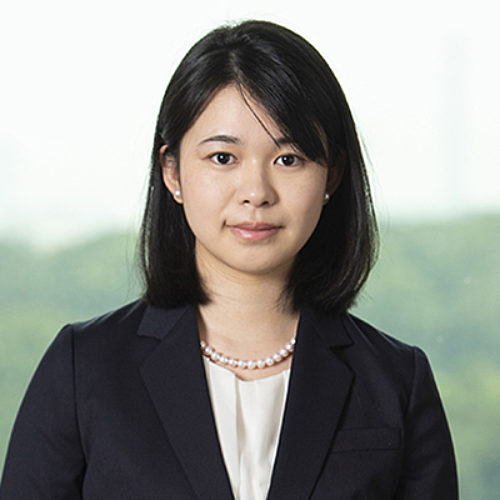 Yukino (Yuki) is an Australian qualified lawyer working as an Associate in Japan's leading international law firm, Nishimura and Asahi. Yuki started her career in Nishimura and Asahi's cross-border corporate team in 2019, after graduating from the Australian National University with a Bachelor of Asia and the Pacific Studies and a Juris Doctor degree. Born in Japan and raised in Australia, she identifies as being both 100% Japanese and 100% Australian.

During her studies at university, she competed in the intercollegiate negotiation competition held in Tokyo, and brought home the first prize as team leader of Team Australia. Competing against various universities in a cross-border negotiation and arbitration competition has triggered Yuki's ambition to become a cross-border corporate lawyer in Japan. Yuki's interest lies in facilitating communication, collaboration and synergy between people and companies with different social and cultural backgrounds, and currently works on various international transactions including those between Japan and Australia.

Yuki has also contributed to a number of Japanese research initiatives on the Australian legal system, as a research assistant of ANJeL (the Australian Network of Japanese Law) . She misses camping around the Snowy River, but is currently enjoying making homemade miso and plum wine.